This science is not fiction! 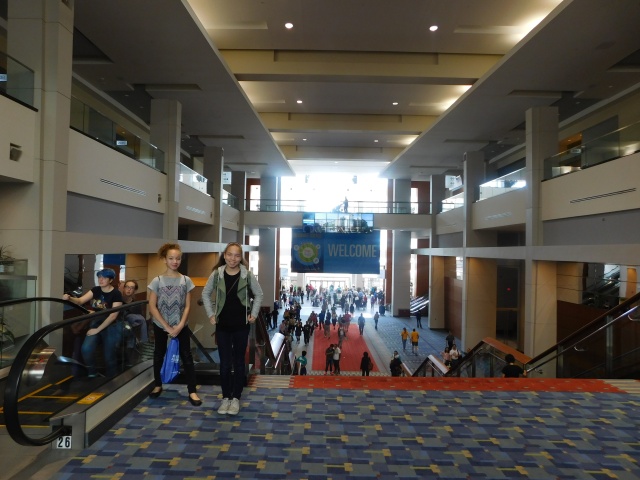 We talked to an astronaut on board the International Space Station. We really did! Our Boys & Girls Clubs was invited to ask questions of Tim Peake, a British astronaut flying way above the earth. Ms. Susan asked me if I wanted to do it. I wasn’t sure what it would be like and I thought it might be boring. But it wasn’t at all! I really liked it and it was so cool to think that he was so far in space. 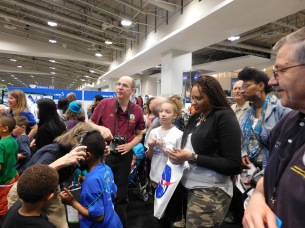 At first I was nervous. I kept messing up my lines and I knew this was important since everyone was listening at the Science and Engineering Festival. I always get nervous whenever I talk to an astronaut and forget what I am trying to say. But, everyone was encouraging. They kept telling me I was doing a good job. I really liked that.

I asked Mr. Peake a question about aliens in space but he says he hasn’t seen any and he doesn’t think there are any out there. He also told me about how hard it is to eat and even sleep in space.

I am glad that I ask questions and go to the Festival. And I got to meet some people from the Aberdeen Boys & Girls Club. I really liked Jewell, Hailey, and Lana. They were  nice and fun to hang around.

Some of the cool things we did and saw:

The whole thing felt like an Amish Market to me. You could see and do so many things. There were 1000’s of displays all over!  Oh and riding the metro was cool. I had never done that before. I loved it all!

About Harford Boys and Girls Club

STEM Education Director Boys & Girls Clubs of Harford County
View all posts by Harford Boys and Girls Club →
This entry was posted in Destination: DC/National Science and Engineering Festival. Bookmark the permalink.
%d bloggers like this: